Hi Friends of Oompf, I’m Ivy, a personal training client at Oompf fitness. I’m 43 years old and a full time mom to 2 boys. I started my fitness journey with Oompf fitness in February 2020, and I would like to share my story with you today.

I used to be pretty active when I was younger, however as age caught up I started to get heavier and out of shape. It was very frustrating as there were many things I wanted to do but couldn’t. For example, my kids are in competitive climbing, and I wished I could join them but because of my weight and not having enough strength, I wasn’t able to.

Before I started this transformation challenge with Oompf fitness, I thought I was pretty active. I would go for regular runs, do yoga and Zumba classes however the weight that had built up over the years never seemed to go down.

I had had enough of being out of shape and decided that I wanted to do something about it. In the beginning of the year, I came across Oompf fitness and decided to sign up for the body transformation challenge that they were running. Although I was initially intimidated by the thought of working with a personal trainer, I decided that I had to step out of my comfort zone if I wanted to see change.

I had to make very big changes during the 8 weeks of the challenge, one of the toughest being my diet. For the first 6 weeks I went on a zero sugar and minimal carb diet, and that really challenged me mentally however I had my trainer alongside me, encouraging me throughout.

My training intensity also increased drastically. Before the circuit breaker, I did personal training 3 times a week with my trainer, I also came twice a week for the HIIT group classes that Oompf fitness has. My favourites were Fat Burn Circuit and Meta Strength. On my own, I also did cardio every single day for about 25-30 minutes which included running, cycling or fast walking with a 15kg bag. It was not easy but as weeks went by it slowly started becoming easier as my body became accustomed to the training.

During circuit breaker, I continued my 7 days of cardio per week and also did 4 days of home workout that my trainer had planned for me. These were mainly strength and conditioning exercises that he had planned out for me.

As of today, I feel a lot fitter and have noticed many improvements. I run longer distances and do not feel as tired as I used to. Previously when I used to cycle frequently, about 30 minutes in I would start getting backaches and my knees would hurt. However, after just 4 weeks of training at Oompf fitness, I noticed that I could cycle for 45 minutes to an hour without any aches or pains!

I would be lying if I said that this journey has been a breeze. There were many tough moments. At times I wondered how I would be able to push through the many more weeks especially when circuit breaker got extended. I also feared that I would lose all the progress I had made in the first few weeks. There were many times during the circuit breaker where I felt like giving the home workout or cardio a miss but I’m happy to say that I ended up not missing a single day!

What helped me to keep on track during the tough times was to constantly keep my eyes on the end goal. So I pushed on despite any procrastination or lethargy. And of course with the huge support from my family and trainer. They constantly encouraged me on when I was feeling low and also egged me on to keep improving. Having a personal trainer to be accountable to was also very useful as I had an expert keeping me on track and fine tuning what I was doing to ensure that I was moving towards my goal.
I am so happy to have achieved what I have so far. However I want to do a lot more. In fact for my next goal, I want to go for the spartan race. I know it won’t be easy however I want to set a goal for myself and show my kids as well that: If you set your mind to it, you can achieve it.

Did you enjoy this sharing from Ivy? Do you have a personal achievement story to share as well? Please write to us at [email protected] 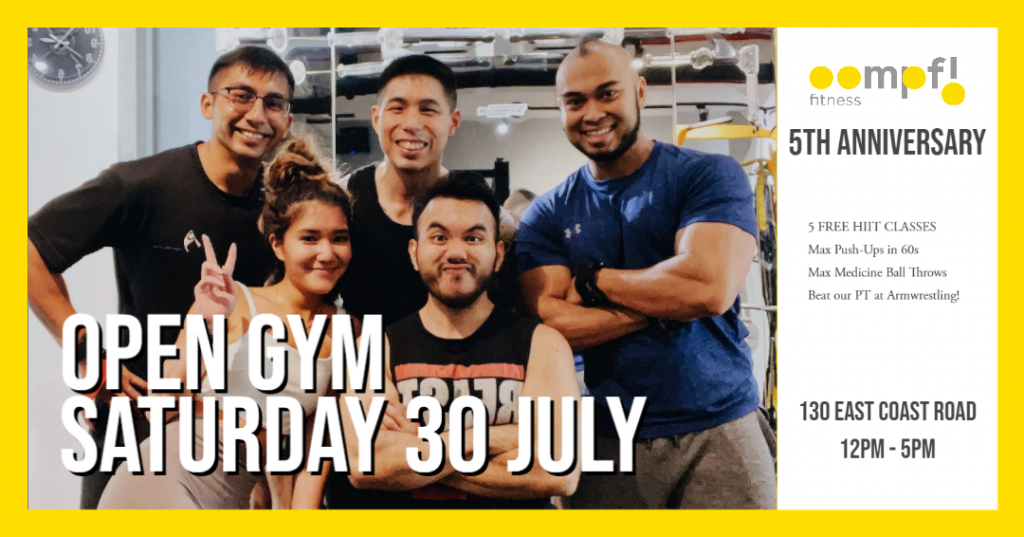 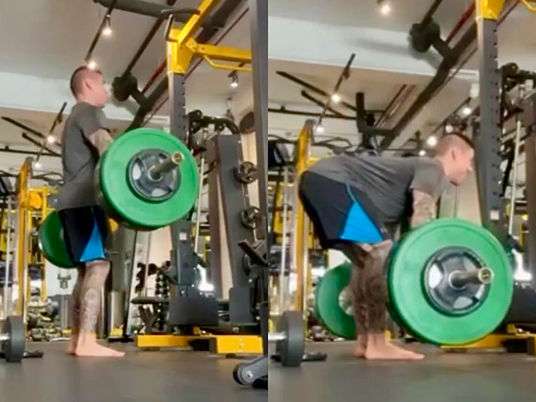 Why You Should Start Deadlifitng!